Nicole was a very special person.
A selfless individual who touched many people in many ways.

Our Family Supports the National Sleep Foundation and it’s efforts to make everyone aware that Drowsy Driving Kills. We lost our Nicole to a terrible car accident and we want to help spread the word so that others will not have to feel the pain we have gone through in the aftermath of Nicole’s passing, and another young life wil not be cut short. Please take a moment to educate yourself and learn how to protect you and your loved ones when behind the wheel. We can’t bring Nicole back but together we can prevent others from dying. 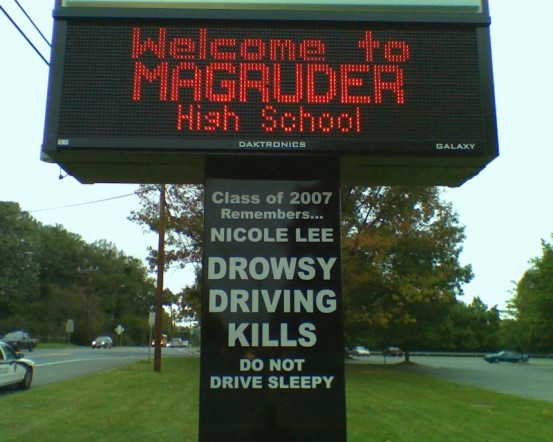 100,00 motor vehicle accidents each year are by fatigued drivers.
55% of drowsy driving crashes are caused by drivers less than 25 years old.
Being awake for 18 hours is equal to a blood alcohol concentration (BAC) of 0.08% which is legally drunk and leaves you at risk for a crash.

How can you tell if you are “driving while drowsy”?

Your eyelids droop and your head starts to nod. Yawning becomes almost constant and your vision seems blurry. You blink hard, focus your eyes and suddenly realize that you’ve veered onto the shoulder or into oncoming traffic for a moment and quickly straighten the wheel. This time you were lucky; next time you could become the latest victim of the tragedy of drowsy driving.

According to the National Sleep Foundation’s Sleep in America poll, 60% of Americans have driven while feeling sleepy and 37% admit to actually having fallen asleep at the wheel in the past year. However, many people cannot tell if or when they are about to fall asleep. And if sleepiness comes on while driving, many say to themselves, “I can handle this, I’ll be fine.” Yet they’re putting themselves and others in danger. What they really need is a nap or a good night’s sleep.

Here are some signs that should tell a driver to stop and rest: 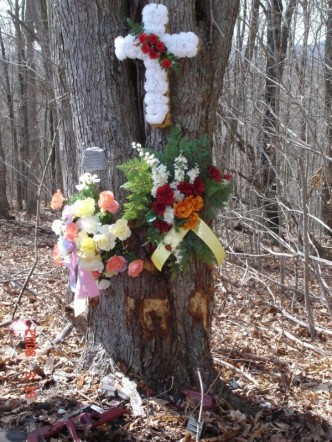 Are You at Risk?

Before you drive, consider whether you are:

According to the National Sleep Foundation’s 2005 Sleep in America poll, 60% of adult drivers – about 168 million people – say they have driven a vehicle while feeling drowsy in the past year, and more than one-third, (37% or 103 million people), have actually fallen asleep at the wheel! In fact, of those who have nodded off, 13% say they have done so at least once a month. Four percent – approximately eleven million drivers – admit they have had an accident or near accident because they dozed off or were too tired to drive.

The National Highway Traffic Safety Administration conservatively estimates that 100,000 police-reported crashes are the direct result of driver fatigue each year. This results in an estimated 1,550 deaths, 71,000 injuries, and $12.5 billion in monetary losses. These figures may be the tip of the iceberg, since currently it is difficult to attribute crashes to sleepiness.

Before “hitting the road”

Countermeasures to Prevent a Fall-Asleep Crash While Driving

Caffeine — does it help?

Caffeine promotes short-term alertness. It takes about 30 minutes for caffeine to begin working so the best thing to do is pull over for a coffee or other caffeinated beverage, take a short nap, and then get back on the road. Keep in mind that caffeine won’t have much of an effect on people who consume it regularly.